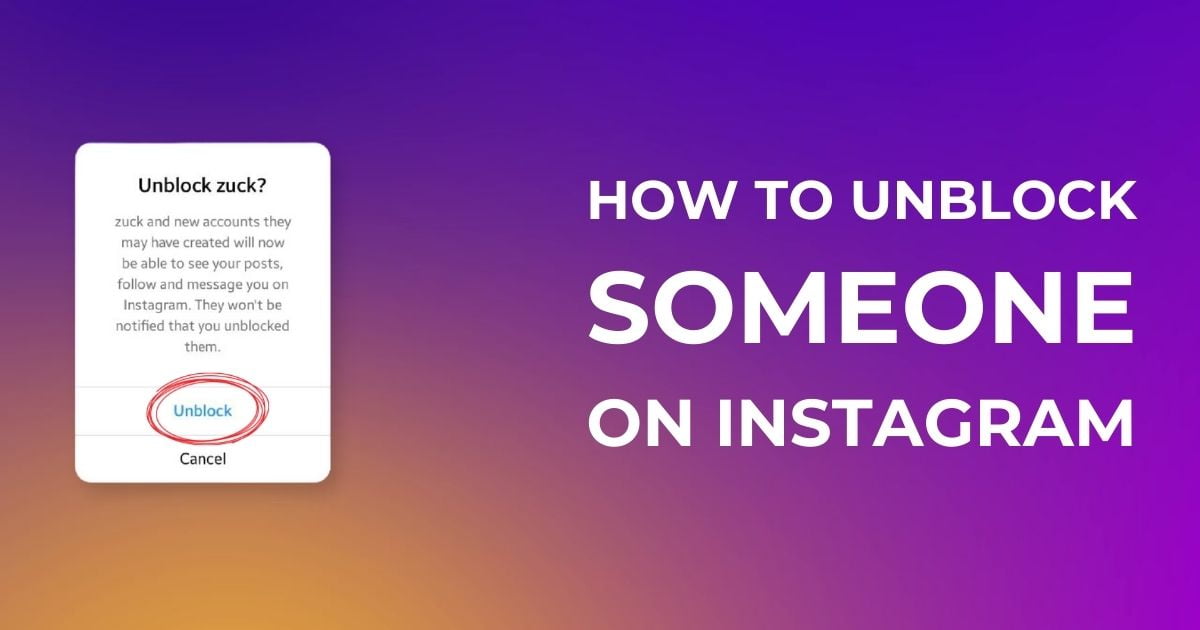 If you have ever blocked someone on Instagram, there may come a time when you change your mind and want to unblock them.

Thankfully, it is actually a very easy process!

In this blog post, we will walk you through the steps of how to unblock someone on Instagram.

So if you change your mind about blocking someone, or if you accidentally blocked someone, don’t worry, we have you covered!

We will also talk about how you can unblock someone but still limit their interaction, if you’re looking for a friendlier alternative.

Method 1: Search The Username Of The Person You Want To Unblock

If you know the username of the person you want to unblock, you can follow these steps:

That’s it! You’ve successfully unblocked someone on Instagram using the first method.

Method 2: Find The Person You Want To Unblock In Your Block List

If you can’t remember the username of the person you want to unblock, you can still find them using your block list.

And that’s it! You have now successfully unblocked someone on Instagram using the second method.

After you unblock someone, you and they will be able to see each other’s profile, posts, and stories back just like before.

If you want to unblock someone but still want to limit their interaction, you can always mute them and/or restrict their account instead.

What it means to mute someone

Although you won’t see their posts and stories on your feed, you can still always see them by going to their profile.

Ready to mute someone? Read this tutorial.

What it means to restrict someone

Restricting someone’s account takes it a step further. They can still be able to see and comment on your posts, but their comments will be hidden from yourself and everyone until you approve it. They won’t know that their comments are hidden.

You won’t receive any notification when they leave a comment on your posts or send you DMs. They also won’t be able to see when you’re online.

And the best part, you can combine the two features, and the person you restrict or mute will not have any idea that you’ve restricted and muted them.

How to unblock someone on Instagram who has blocked me?

Can we block someone again after I unblocked them?

Yes, you can! If you unblock someone and then decide that you want to block them again, you can definitely do so. Just follow the steps above but instead of tapping on the Unblock button, tap on Block button this time.

Can I mute and restrict someone at the same time?

How to Know If Someone Muted You on Instagram: 3 Methods That Work

How to Block Ads on Instagram: The Methods That Work (2022)

How to Get the Disney Pixar Filter on Instagram (Solved)

How to Change Instagram Bio on Mobile & PC (Solved)

How to Add Spaces to Instagram Bio & Caption in 3 Ways